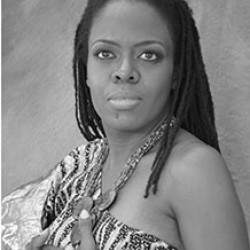 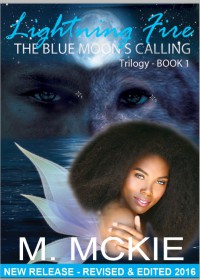 "Oh for the love of Green eyes, strong chests and bare-chested shirts!!!!! This book has paranormal, werewolves, fairies, magic, sex, and more sex and a lot of sensual romance......... oh I am melting!!!! Thank you Ms Gomes-Mckie for sharing this amazing story with us, the readers!"

Synopsis: Almost 200 years ago the Fairy world turned to the Lycans for protection after a deadly vampire attack took away their flying magic. Although safe, they are faced with the reality that this same alliance have weaken their blood line and made it impossible for them to complete a successful blue moon ceremony since, to restore their magic.

With two months away from a blue moon’s rising, the monarchy is sure that crown Princess Lily is the key to save them, but as luck would have it a Lycan Alpha dies and Arn the new Alpha is not interested in signing a renewed alliance without a bride. Faced with choosing between the safety of his borders and the hand of his pure daughter Monarch Alcazar is forced to reveal that his daughter is a twin and offers Luna instead, in hope that she would please the wolf and buy them enough time to complete the ceremony.

Luna enters a world that not only unlocks the secret of her lineage but she realizes in a most embarrassing way that she actually has a powerful light that only comes out of her when Arn brings her to an orgasm. Arn commits to helping her master it and it triggers a suppressed memory from his childhood, which reveals what really happens the night his parents died. This insight into his past proves to be the key to helping him uncover the fact that he has inherited a complicated rule filled with betrayal, murder and strife. With pure nerve and brute force Arn fights to uncover the conspiracy which threatens to devastate the continuance of his pack. While Luna is called upon to step in and complete the Blue Moon ceremony herself when Lily fails, placing her in harm’s way.

Their ultimate success will only come when they both join forces to reconcile their past in time to save a world that depends only on the strength of their love to survive.